Tommy Johansson is a well-known person, especially due to his role as guitar player of heavy metallers SABATON. But before he joined the Swedish „war machine“, he was already busy playing in his own band named REINXEED, currently completed by bassist Chris David and guitarist Alex Oriz. Of course, his touring acitivities with SABATON slowed down the creative process for REINXEEDa bit. The group has now returned – seemingly out of nowhere – with a new 10-track album entitled »Above The Sky« and a brand new name, MAJESTICA, to top it off! On the new record, Tommy presents not only his guitar skills but also his vocal abilities once again, which he also showcased as TWILIGHT FORCE’s stand-in singer throughout autumn 2017. 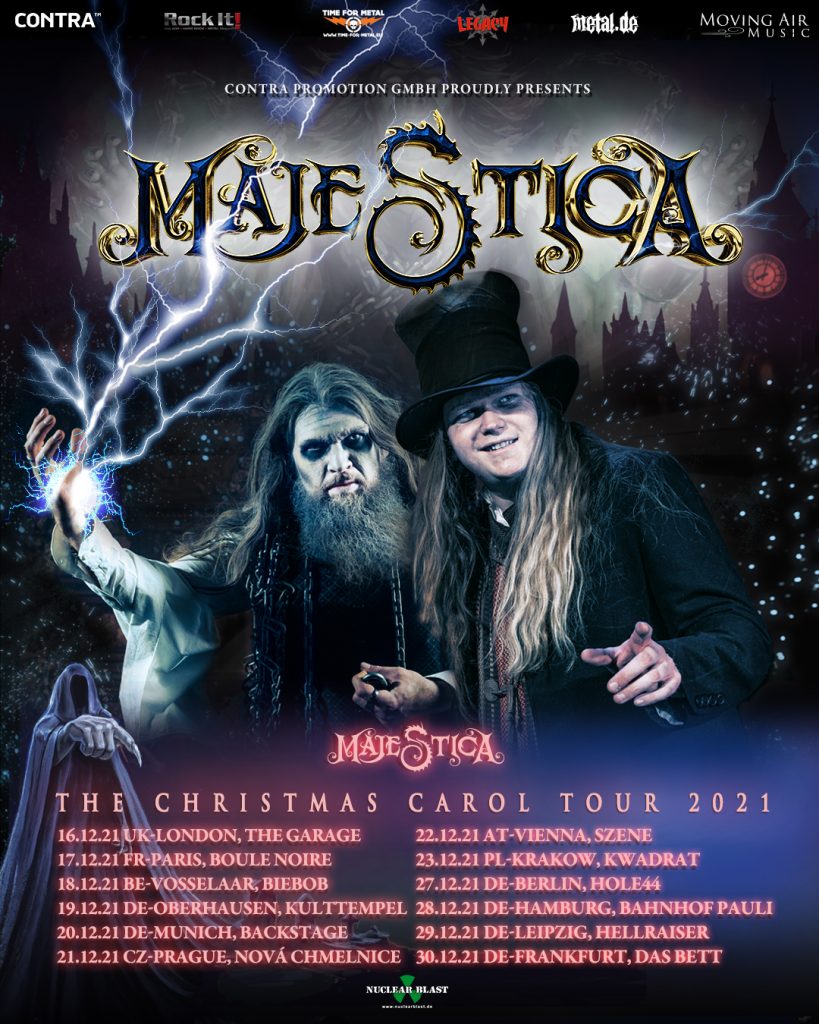 „This is not only the best Christmas Metal album ever made , it‘s also good enough to listen to it after the December 26th more often!“

„These are not the usual metal covers of the classic tunes that are sung in front of the Christmas tree while unwrapping gifts. A Christmas Carol is pure power metal as only Majestica can play!“

“The most sinister Christmas Carol ever performed. A new power metal project that does not give up on the pandemic and celebrates the most important holiday”.